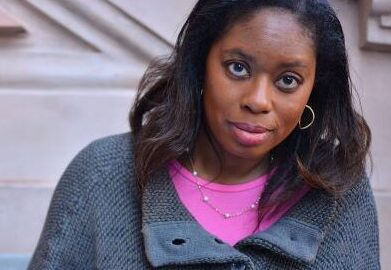 In the middle of a pandemic and a civil rights movement (Black Lives Matter), I experienced much pain but also in the midst of the pain, moments of joy. How and why this happens is beyond me. What I have learned is to live in moment – love, laugh, cry, release anger, work on healing yourself from wounds caused by others, and wounds you gave yourself from being your worst critic and not being as kind to yourself. I learned that you can’t pour from an empty cup and there is no shame in saying no when people want your time or resources. Guard your heart.

Every now and then I receive an email or comment about my journey. Most dreams and their journeys are fraught with pitfalls, detours, and snares along the way. It is like “off to see the wizard” only to find out he’s a fraud or poor Frodo not fully understanding what taking the ring meant until he hit the road. Not to deter you just that people always tend to focus on the “success” and not the trials and rejections that seem to be a constant companion while dream chasing.

I wrote an article about dream chasing after reading The Alchemist.

The Alchemist sums up the joy and pain of the dream chaser. “Before a dream is realized, the Soul of the World tests everything that was learned along the way. It does this not because it is evil, but so that we can, in addition to realizing our dreams, master the lessons we’ve learned as we’ve moved toward that dream. That’s the point at which most people give up. Every search begins with beginner’s luck. And every search ends with the victor’s being severely tested.”

Paulo Coehlo said it best. “We don’t all have the courage to confront our own dream. There are four obstacles. First: we are told from childhood onward that everything we want to do is impossible. We are then faced by the second obstacle: love, afraid of hurting those around us by abandoning everything in order to pursue our dream. The third obstacle: fear of the defeats we will meet on the path. We who fight for our dream suffer far more when it doesn’t work out, because we cannot fall back on the old excuse: ‘Oh well, I didn’t really want it anyway.’ We warriors of light must be prepared to have patience in difficult times and to know that the Universe is conspiring in our favor, even though we may not understand how. The secret of life is to fall seven times and to get up eight times. Then comes the fourth obstacle: the fear of realizing the dream for which we fought all our lives. But if you believe yourself worthy of the thing you fought so hard to get, then you become an instrument of God, you help the Soul of the World, and you understand why you are here.”

I am moving to a different stage of my journey. Dare I say that I am happy, better yet content. I am at peace with myself. I am still trying to be the best me that I can be, but I am learning to be kind and tenderhearted towards myself. Things might seem sparse or quiet on my websites, but I am taking some time to explore other opportunities. However, I am amazed how some of my old articles are still ripe and prescient for the times. Feel free to peruse Ronda-isms.com.

If I have anything pressing to say, it will probably be on my personal Instagram account: @RondaWrites

Thank you for sharing my journey, reading my writings, and your support. 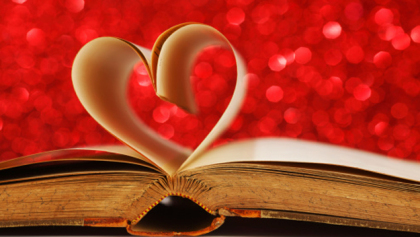 The Gospel According to Andre

Naming a Minor Child as a Beneficiary

Evolution of a Queen-Hail Beyonce

How Not to Make Friends at Work (FEATURED HuffPost College)

Preparing Girls to Succeed in STEM

An Evening with André Leon Talley

Rise of the Modern Southern Belle

When Death & Grief Return for a Repeat Visit

Learning to Enjoy the Moment

Hands on Your Breast: Cancer Awareness

Power of a Kind Word

White Nationalism in the Military

Anti-Racism: What Would Peter Norman Do?

In Fear We Trust

Refugee Crisis: Be in Their Shoes

Trumpism: First They Came For

Superwoman Has Left the Building

A Father’s Love Letter to His Son

The Resurrection According to SciFi: Part 1 Avatar

The Resurrection According to SciFi: Part 2 Star Wars & the Matrix

The Resurrection According to SciFi: Part 3 Lord of the Rings & Harry Potter

Hard work, persistence, and patience are the formula for chasing a dream. Received good news last week. I am now part of The Huffington Post blogging family. For more information, click the link below. Beyond the moon happy!

A rolling stone gathers no moss.

Born and raised in Chicago, I followed sunshine to Los  Angeles after college. I spent my early 20s in Tinsel Town. Oh the stories! While there, a friend with contacts in the entertainment industry suggested that I start screenwriting. I shrugged her off saying, “I’m here to have fun before law school.” After a few years of fun, I returned to the Midwest for law school. In my spare time, I started writing a journal. However, when it came time to take the bar exam, all frivolous pursuits (i.e. anything not legally related) came to an end.

After practicing a few years and experiencing angst at my professional development, I had a longing to pick up my journal and start writing again. I started emailing friends my thoughts on politics, education, etc. One friend replied to my email, “Why are you still in Chicago? You need to be in NY, where it happens. Also, stop sending emails and start a blog so others can hear you.” I replied that I did not want to share my thoughts with the public. The friend was persistent about me moving to New York, especially when I started talking about needing a career change and feeling unfulfilled. Mentoring teens made me more fulfilled than the practice, reminding me of my teaching days. Plus, I started writing. One book turned into three and I wanted to be published. Always dreamed of being Lucy Maud Montgomery-esque.

Fate took matters in its own hands. Clearly, I was afraid to take the leap to NYC. A law school friend was getting married in NYC. I decided to take a week off before the wedding to play tourist. While there, I would visit my persistent “NYC is where you need to be friend.” Well she would have none of that. Why waste time hanging with her when there were people to meet! She arranged a few informational interviews for me with some strategic people. After a few days of informational interviews and taking in the city, the buzz hit me. There is something electric about this city. Things happen here. If you can make it here, you can make it anywhere.

However, realist, practical me always comes through. I could not move to NYC to be a starving author waiting to be discovered without a means to support myself. That meant getting licensed in New York. All law students dread three things: (1) taking the bar – I vowed never to take another when I passed; (2) please don’t let the “rule against perpetuities” be on the bar exam – want to irk an attorney ask them about the rule; and (3) taking the New York bar – pass rate is the lowest in the country. I vowed never to take the bar exam again, so my only hope was reciprocity. There’s the rub. Easier to pass the New York bar exam than to get reciprocity. I challenged the universe and fate. If I get reciprocity from New York, then I have to move.

My friend’s wedding was the first week of October 2010. Immediately when I returned, I applied for reciprocity. November 2010, I started my blog “Ronda-isms.” Why “Ronda-isms?” I have plenty of sayings and ways of doing things. In law school, friends would say, “that’s a Ronda-thing or one of Ronda’s -isms.” So it seem befitting that the blog take that name. December 29, 2010, I was notified that I received reciprocity from the New York. New Year’s Eve, I announced my move to NYC in 2011 to my family and friends. The application process to complete my reciprocity took another three months. Once I completed the paperwork and sent fees, I had a swearing in date of June 2011. It was official. I moved to New York Memorial Day weekend 2011 bright eyed, ambitious, excited, and determined to prove naysayers wrong.

May 25th marks my three year anniversary in the concrete jungle. I blogged about my transitions on Ronda-isms – failures, disappointments, small successes. I started a separate website about a neighborhood I fell in love with. New Yorkers are borough-centric and neighbhorhood-centric. When I moved to NYC, my friend that got married said this, “you did not move to NYC to live on any island other than Manhattan.” I live in Manhattan in the heart of Hell’s Kitchen-Times Square-Theater District. It reminds me of Chicago’s South Loop with easy access to everything within a 15-minute walk (Hudson River Path, Central Park, Lincoln Center, Broadway, Bryant Park, and every subway line).

If you are in my neck of the woods, check out my favorites – All Things Midtown NYC.